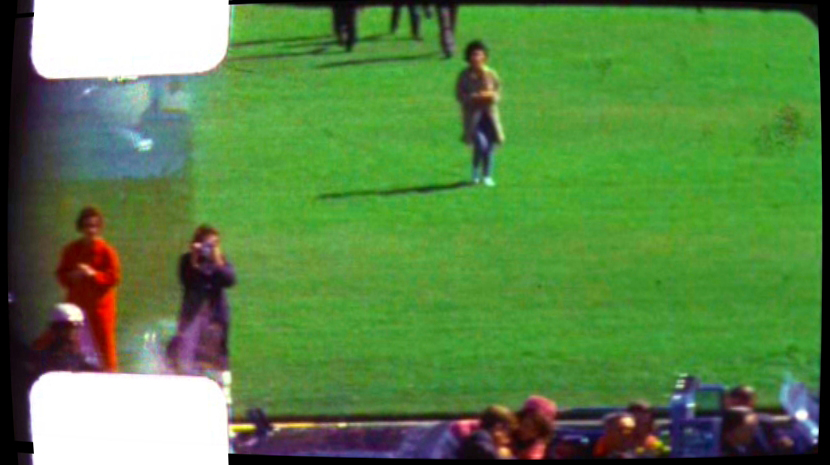 Chasing an instant of death

In her essay “Inscribing Ethical Space: Ten Propositions on Death, Representation and Documentary” Vivian Sobchack discusses, among other things, how the way we view death has changed throughout history, especially regarding the “natural” death and its relation to an “unnatural” one. Encounters with natural death have become increasingly rare since the institutionalisation of health care. Many that previously died in their home now do so at a hospital. Modern life extension technologies such as medicine and surgery save people from ills that a hundred years ago had been sure causes of death. At the same time, unnatural deaths are more ever-present, helped by the development of media during the 1900s. We’ve seen infinitely more murders, traffic accidents, and wars on film than we ever will in real life. 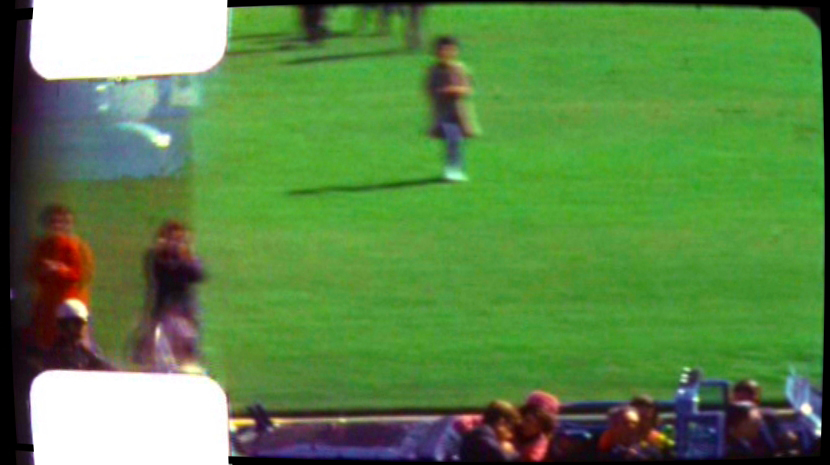 Horrific scenes from the Holocaust in a film such as Night and Fog (Alain Resnais, 1956) reminds us of the status of authentic death in moving images. No matter how thick-skinned we believe ourselves to be because of (thanks to…?) many years of routine consumption of violence and death in fictionalised form, the documentary images keep shaking us to the core and leave deep tracks in our conscience. 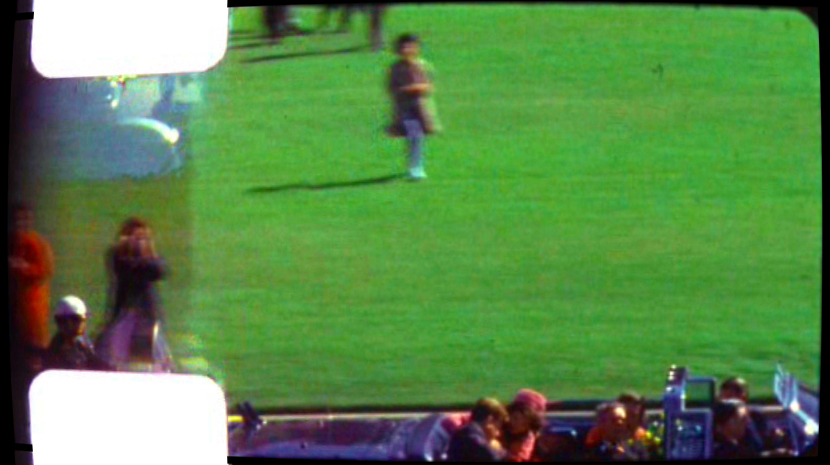 But moving images of an actual instant of death were for a long time very uncommon, maybe because it according to Sobchack is also a taboo due to said shift in our encounters with death, although other taboos – mainly sex – have all but lost their status as such. Authentic death on film, so-called snuff movies, were for years intensively debated by scholars, filmmakers, and audiences alike, and the question remained whether any “real” snuff movies ever existed. Given the current prevalence of self-cast infliction of violence and televised executions, we’ve known for some time they do now anyway. 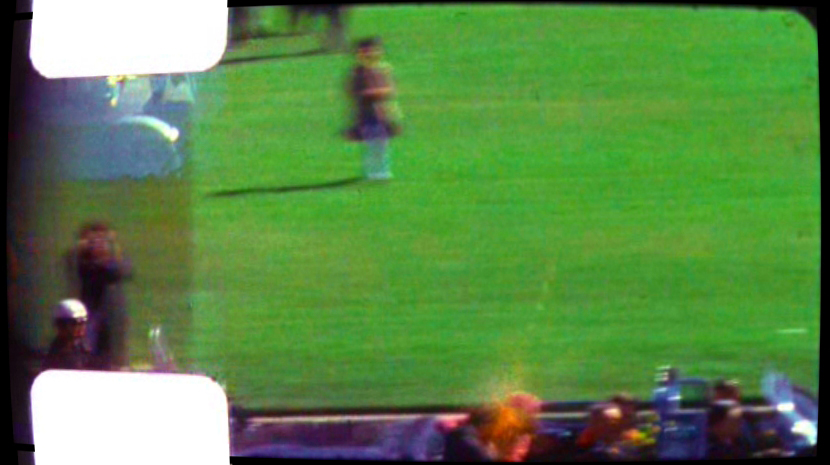 Death instants on film were never non-existent though. One famous example is the roll of film Abraham Zapruder shot in private during John F. Kennedy’s visit in Dallas, as the motorcade passed and Kennedy would tragically meet his death. The so-called Zapruder film was not the result of random events – Zapruder did plan the recording – but the recorded events were far from expectations. During the following investigation, this short strip of film became immensely important, as depicted in e.g. JFK (Oliver Stone, 1991) where it was stepped through frame by frame in an attempt at image analysis strangely reminiscent of some of the earliest film experiments: Eadweard Muybridge’s analyses of animal locomotion. 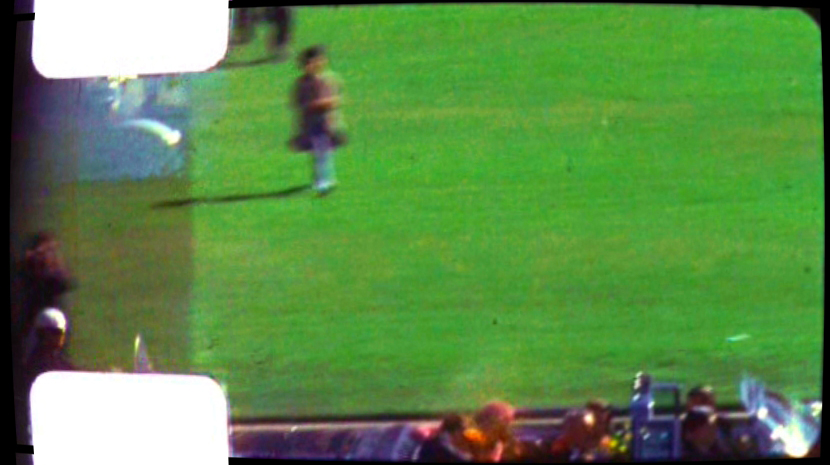 However, this very concrete search for the exact moment of death holds an interesting paradox related to the film strip’s “digital” nature – after all, it samples reality 24 times per second – namely that these samples of reality will never be enough. A variation of this paradox is more well known due to a certain Greek philosopher named Zeno from Elea. He postulated that a runner can never reach their goal since they must first run half the distance there, then half the remaining distance, and so on. There is always some distance left since nothing can be halved to zero. Doubling the film strip’s number of samples to 48 frames per second or quadrupling it to 96 frames per second will still always yield an infinite number of frames in between the frames. 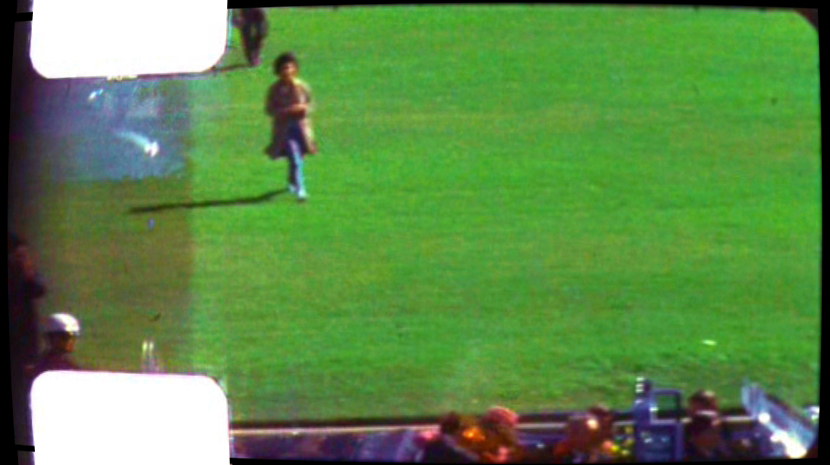 Not even an infinite number of frames per second would be of any help since an equally infinite number of potential frames exist. Exactly where in this floating continuum of images Kennedy’s death transitions from not having happened yet, to having so, cannot be answered no matter how close we look. We will never be able to catch the instant of death on film. 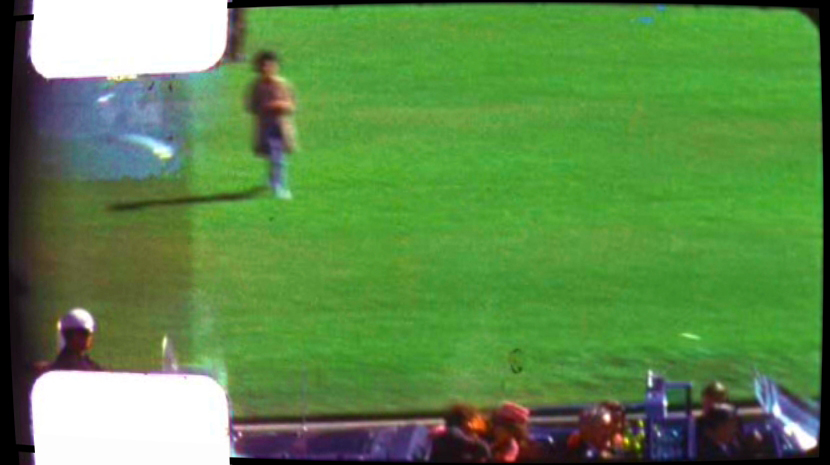 (All 486 frames of the Zapruder film can be downloaded here.)

« Back to Articles
This website uses cookies and by visiting you imply you’re cool with it, see the legal page for more info. Got it, hide this notice »